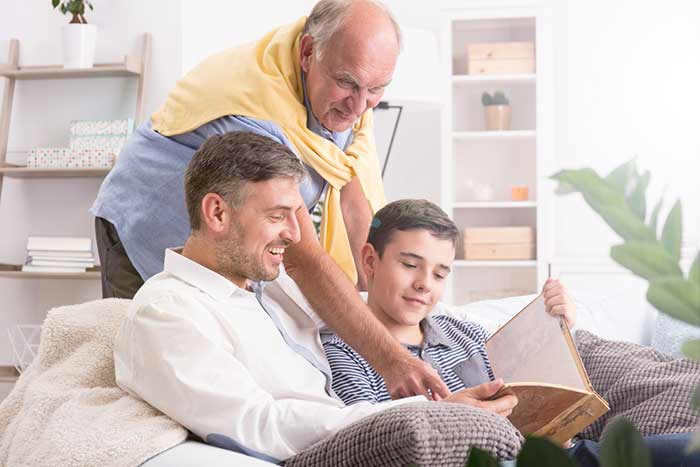 Every function of the human body is interconnected, and our sense of hearing is no different. Research shows living with untreated hearing loss can spur a decrease in brain function, including a decline in memory and the ability to process speech.

When you consider how common untreated hearing loss is, the cognitive impact is sobering.
More than 28 million Americans who could benefit from hearing aids don’t wear them, according to the National Institutes of Health.

You’ve probably already heard, or noticed firsthand, that difficulty hearing can make you feel disconnected from the people around you and the world itself. The fact that hearing aids can also facilitate brain rehabilitation should prompt you to contact an audiologist if you suspect you may have hearing loss.

University of Maryland researchers studied a group of older adults with mild-to-moderate hearing loss. They tested participants’ cognitive abilities and evaluated the electrical activity of the auditory cortex and midbrain triggered by speech.

When the research subjects were tested again after 6 months of wearing hearing aids, they showed a collective improvement in brain functions like memory and speech processing.

The researchers concluded that far from merely amplifying sound, using hearing aids spurs a process of auditory rehabilitation that can ward off and even reverse cognitive decline. They hope there will be a movement to get more people with hearing loss into hearing aids, improving the quality of their lives while lessening the number of Americans suffering from memory problems like dementia and Alzheimer’s disease.

Rehabilitation Starts As Soon As You’re Fitted With Hearing Aids

Another study conducted by researchers at the University of Texas at El Paso underscores just how quickly a person’s brain can repair cognitive deficits once their hearing is restored.

Lead researcher Professor Jamie Desjardins believes people with untreated hearing loss are more vulnerable to cognitive decline because they devote too much of their brain-power to listening. This focus comes at the expense of other functions, like working memory and the ability to process information.
This makes sense if you look at the side effects of untreated hearing loss, some of which include impaired cognitive functions. These include:

Other side effects of untreated hearing loss that have been linked to a loss of cognitive function include chronic stress and social isolation.

Ms. Desjardins and her colleagues undertook a study of people in their 50s and 60s with untreated hearing loss in both ears. After taking cognitive tests to measure functions like working memory, focus and the ability to process speech and information, participants were fitted with their first hearing aids.

At the end of the study, participants were tested once more. After wearing hearing aids for only two weeks, their cognitive abilities had improved. Further, they processed speech and information at a considerably faster rate.

The average person waits 10 years to get hearing aids after being first diagnosed with hearing loss. There are many common excuses people give for failing to address their hearing problems. None, however, are as compelling as the reasons someone with hearing loss should be using hearing aids. It’s our hope that these and other studies can coax more people to take care of their hearing, and their mind.

If you think you might have hearing loss, please contact us today to schedule a hearing test. A thorough evaluation can help end the guessing game and, if you need them, can get you into hearing aids that work with your lifestyle. You’d be surprised how better hearing well can strengthen your connection to the world around you, all while helping your brain make the connections it needs to thrive.