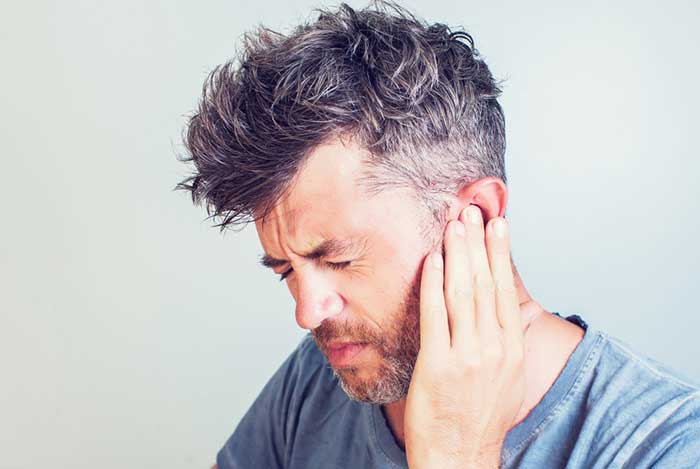 Tinnitus can be truly disturbing, affecting everything from your hearing to your sleep to your mood. The phantom sound in your ears is incessant, and there’s no known cure. Given these discouraging conditions, it’s little wonder there are so many myths floating around about tinnitus.

Some misconceptions—like the belief tinnitus will go away if you buy the right oil or pills—may raise false hopes. Others are unnecessarily pessimistic, like when people say there’s no treatment for tinnitus.

Whatever the case, a myth should be dispelled if it’s keeping someone with tinnitus from seeing an audiologist. Let’s take a look at 5 of the most common myths about tinnitus.

Many people think tinnitus always sounds like ringing and, in fact, the phrase “ringing in the ears” is often used interchangeably with the word tinnitus.

There are actually countless ways the inner soundtrack of tinnitus can play out. Some people hear a single tone, while others perceive multiple sounds. For some tinnitus patients, the noise is ceaseless, while others see it come and go. Here are just a few ways people have described tinnitus:

Whatever you’re hearing, the first step to calming the clamor is to see an audiologist who specializes in treating tinnitus.

2. Myth: The Right Pill Or Oil Will Cure Tinnitus

Many people spend huge amounts of money on oils, supplements, and pills in hopes of quieting tinnitus. Unfortunately, nothing out there has yet proven to work.

You can’t fault someone for pursuing a complementary therapy, provided it’s safe and not sold on the basis of false promises. In fact, mindfulness practices like yoga and meditation are recommended for people with tinnitus because they help combat stress and allow you to focus beyond distractions like tinnitus.

If you try numerous alternative remedies before seeing an audiologist, though, you may be keeping yourself from finding the very therapies that can help you.

3. Myth: There’s No Treatment For Tinnitus

Just because there’s no known cure for tinnitus doesn’t mean there are no therapies. At Echo Hearing Center, we start with a tinnitus evaluation to determine if you have tinnitus and, if so, what it sounds like.

We then work with you to create an individualized treatment plan. We’ve found Tinnitus Retraining Therapy (TRT) to be a helpful approach because it addresses the two parts of tinnitus: the noise you hear, and how you respond to it mentally and emotionally.

TRT uses external sound—from white noise to ocean waves to chimes—as sound therapy. The sound may serve to mask or offset the noise of tinnitus, lessen hyperactivity in the brain or divert your attention from the inner racket.

Over time, sound therapy helps your brain become habituated to tinnitus. Once your mind learns to categorize the noise as unimportant, it can start ignoring it. There are a number of technologies allowing you to engage in TRT at home and whenever you want.

TRT also involves behavioral therapies, most typically cognitive behavioral therapy (CBT). Unlike many therapeutic modalities, CBT emphasizes learning to live well now rather than mining a patient’s past, which allows for quick progress.

CBT aims to help people reframe their thoughts and emotions in order to become happier and more successful. For instance, if you experience a tinnitus spike you might interrupt your mounting despair to say something like, “My tinnitus has been this loud before, and it’s always gotten better.” CBT can’t banish the sounds of tinnitus, but it can help you withstand them.

Some people believe hearing aids can’t help with tinnitus. Because tinnitus is often a sign of hearing loss, though, a number of people find significant tinnitus relief as soon as they’re fitted with hearing aids.

Once sounds from the external world are amplified, they may drown out the noise of tinnitus. Another hypothesis is that because hearing aids allow you to perceive a wider range of noises, the sound stimulates unused auditory pathways that have begun to atrophy.

These hearing aids stream dynamic and soothing sounds—which you can adjust with your smartphone—directly into your ears.

5. Myth: Tinnitus is all in your head

Like many hidden ailments, tinnitus is often minimized. Some people insist it’s “all in your head,” because they’re unable to hear the cacophony in your ears. Other people, who’ve never been plagued by a constant volley of sound, may suggest you are exaggerating the distress caused by tinnitus.
Some 50 million Americans experience some form of tinnitus, however, which shows it’s far from an imaginary condition. It’s a very real problem that can have serious side effects including:

At Echo Hearing Center, we’re proud to count tinnitus management among our services. It’s truly satisfying to bring hope and relief to people suffering from this headache of a problem. Contact us today to make your appointment.