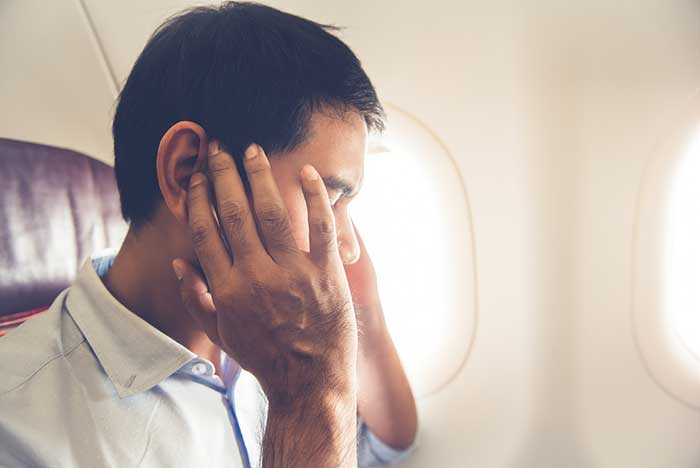 Are you plagued by ringing or other annoying phantom sounds in your ears? It can be hard to describe the noise of tinnitus let alone communicate its distressing impact because every case is different.

Tinnitus can sound like clicking, chirping, hissing, pulsing, roaring, static, screeching, whistling and even music. It can be intermittent or constant, affect one or both ears, and present as a single sound or an ever-changing menu of internal discord.

Despite such differences, people suffering from tinnitus share something in common. They’re ready to do whatever it takes to get rid of the problem. People often ask our audiologists at Echo Hearing Center if a hearing aid will do the trick.

There isn’t a simple yes-or-no answer. Unless it stems from an easily-resolved issue like earwax buildup or medication that can be switched out, tinnitus is incurable. And yet, many patients find significant tinnitus relief through hearing aids.

Amplification Alone Can Make A Difference In Tinnitus

Tinnitus is often a symptom of hearing loss, so wearing hearing aids can mitigate the problem.

There are a couple of explanations for why amplification alone can make a difference in tinnitus.

First, when you’re unable to hear external noises you become captive to the sound in your ears. When hearing aids bring up the volume of your environment, it can distract or drown out the sound of tinnitus. Amping up the volume can also stimulate auditory pathways that have begun to atrophy through disuse, which may also help with tinnitus.

The answer lies in the kind of hearing aids you wear. Some hearing models are bare-bones, offering basic help with amplification and speech perception. An increasing number, however, come equipped with powerful tools to treat tinnitus.

In most cases, this treatment involves sounds wirelessly streamed into your hearing aids to mask or offset tinnitus.

Most Widex hearing aids can be fitted with the company’s proprietary ZEN program. You can choose from a number of ZEN tones, gentle and unpredictable musical sounds similar to windchimes. You can also use the Zen app on your smartphone to combine ZEN tones with Zen sounds like “Forest Wind”; listen to educational material on living with tinnitus and stream helpful exercises like guided imagery right into your hearing aid.

All Oticon Opn hearing aids now include Tinnitus SoundSupport technology. It streams dynamic and soothing sounds into your ears, with choices ranging from an ocean-like ambiance to broadband sounds like white, pink and red noise. You can adjust the volume and modulation of your Tinnitus SoundSupport with an app on your iPhone or Android.

No hearing aid alone can combat the stress that comes when you experience a spike in the sounds of tinnitus. It can disrupt both your waking hours and the quality of your sleep. Among our many services, Echo Hearing Center provides education and counseling regarding living with tinnitus.

Many people with tinnitus also find further therapy–particularly proactive, in-the-now modalities like cognitive behavioral therapy–helps them reframe their thoughts about tinnitus in a more positive light.

There’s no magic wand that can instantly cure tinnitus. There are, however, a growing amount of treatments for this troubling ailment. If you’re ready to quiet the inner din, contact us today for an appointment.